Solutions, Not Scapegoats, Should Pay for Roads 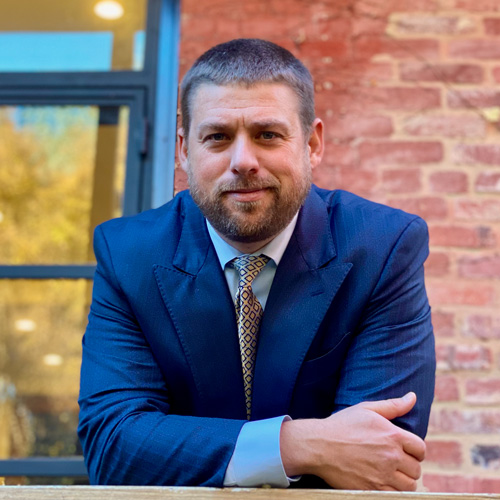 Joe has spent the past 15 years working in the U.S. Senate, most recently serving as Chief of Staff for U.S. Senator Martin Heinrich (D-NM). Prior to that, he spent five years as Deputy Chief of Staff and Legislative Director for Senator Mark Udall (D-CO) and six years with Senator Ben Nelson (D-NE) serving as a Legislative Assistant. He also served as a Senior Advisor to USDA Secretary Tom Vilsack, helping to oversee the Natural Resources Conservation Service, Farm Service Agency, and the Forest Service.

Congress is currently negotiating a once-in-a-generation investment to repair our nation’s aging infrastructure. While significant progress has been made toward finalizing a deal some Members of Congress argued during their negotiations that the federal government should impose a new tax on electric vehicles (EVs). This new tax is not a fair or serious attempt to fund new infrastructure investments.

Oil refiners have been pushing a narrative that EVs are “free riders” because they don’t pay fuel taxes. They have gone on to insinuate that electric vehicles have led to the Highway Trust Fund’s insolvency—ignoring the fact that the fund hasn’t been solvent since 2003, long before EVs were meaningfully on the road.

These arguments don’t hold water. If we want to assign blame for the Highway Trust Fund’s deficit, then let’s consider that the federal fuel tax hasn’t been increased—even to match inflation—in nearly thirty years. In addition, gasoline-powered vehicles have become more efficient, meaning they’re paying less in federal fuel taxes. For both these reasons, the Highway Trust Fund’s revenue stream has significantly decreased in the past several decades.

But an EV tax won’t solve the Highway Trust Fund’s revenue problem, and only serves to deter innovation and decarbonization. The Congressional Budget Office found that an annual $100 federal EV tax would generate only $1.1 billion over the next five years, a sum which would offset just 1.6% of the fund’s projected budget shortfall over the same period of time.  A new EV tax won’t substantially impact  the federal budget nor fund any new infrastructure plan, but it would impose serious consumer impacts and impede EV adoption.

This marginal revenue hardly justifies the chilling effect that this new tax would cast over the emerging electric vehicle industry—a sector that could propel the United States to global leadership in auto-manufacturing once again. After all, a nationwide survey found that a $100 annual electric vehicle tax would push consumers to rethink their EV purchase and to buy a fossil fuel-powered vehicle instead. These taxes would particularly hurt states like Texas, Kentucky, Ohio, Tennessee, Alabama, Arizona, and the Carolinas, each of which has benefited from electric vehicle and advanced battery manufacturing jobs in the past year. The federal government should focus its energy on uplifting the electric vehicle industry, which has the potential to create hundreds of thousands of high-paying jobs, improve vehicle efficiency, and reduce carbon emissions.

To be clear, EV drivers are not opposed to paying their fair share to help maintain roads—but the solution to decreasing fuel tax revenue is not to create an arbitrary and punitive new tax on zero-emission vehicles. If Congress sought fairness in funding our infrastructure, lawmakers would pursue a technology-neutral system that treats all vehicles equitably based on road usage or vehicle miles traveled. For example, an efficiency incentive is inherent in the federal fuel tax: the less fuel you use, the less tax you pay. But an EV-specific tax takes the most efficient vehicles on the road and penalizes them as if they had the fuel economy of a 1980 sedan—or worse.

State lawmakers, for example, have levied statewide EV taxes before, and they often set EV taxes at rates that exceed that state’s annual average fuel taxes paid by drivers of traditional vehicles. These penalizing rates deter EV deployment, and they create a policy that both worsens carbon emissions and harms an emergent domestic manufacturing sector that is delivering benefits for drivers and communities alike.  Furthermore, Congress should recall that they have transferred nearly $150 billion from the US Treasury to offset the Highway Trust Fund’s deficit in just the past decade—into which EV drivers, like all taxpayers, have already paid.

Electric vehicles are on the verge of dominating the American automobile market, and their adoption should be encouraged, not stymied by ineffective electric vehicle taxes. We should not penalize the adoption of the most innovative, fuel efficient, and decarbonizing vehicles on the road. Policy should drive outcomes where we are all better off, so we must seize this rare opportunity to promote American manufacturing, help consumers, and cut carbon emissions rather than pursue backward-looking ideas that only further lock us into a fossil fuel-based transportation system.

To Accelerate The EV Shift, Prioritize Charging At Multifamily Buildings

Rural Americans Are Among Those Who Will Benefit Most From An Electric Vehicle Transition. Smart Policies Can Accelerate Their Gains.

Decarbonizing the Transportation Sector Will Create Millions of Jobs